¿Ivy Lee o Edwad Bernays? Ivy Lee or Edwad Bernays? I do not clarify who said that: “do it well and let it know” it is which Public Relations are based. What we real know is that in the last century – Ivy Lee founded the first PR office in New York in 1904 – we have focused our efforts on the second part of copulative: on “making it known”.

For “making it known” we have invented and used a multitude of communication tools, and with more or less interest (normally depending on the degree of “sale” that our communication should have reached), we have valued the feedback of our target audience. That is, if we addressed the customer much more than if we addressed the company’s employees.

What happens in the XXI century? The paradigm has changed. We must emphasize Public Relations in the “doing it right” because the great public square that is today Internet and its powerful Social Networks collect (without our asking) the public opinion in the raw and this is published ipso facto at the mercy of all our public without us being able to remedy it. Examples, many.
. 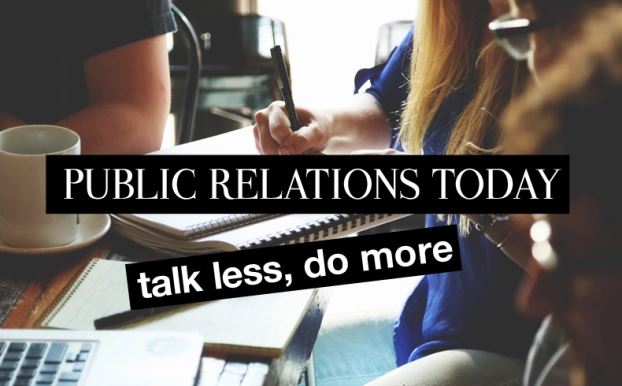 Want to join the discussion?
Feel free to contribute!

We carry out comprehensive communication projects, from strategy consulting all the way down to graphics or press office implementation. We handle a variety of disciplines simultaneously while keeping corporate brand messages consistent.

NO MORE PAPER, “APP” PLEASE. “INFLUENCER MARKETING” DOES NOT EXIST.
Scroll to top